7 reasons to build your first app as an MVP 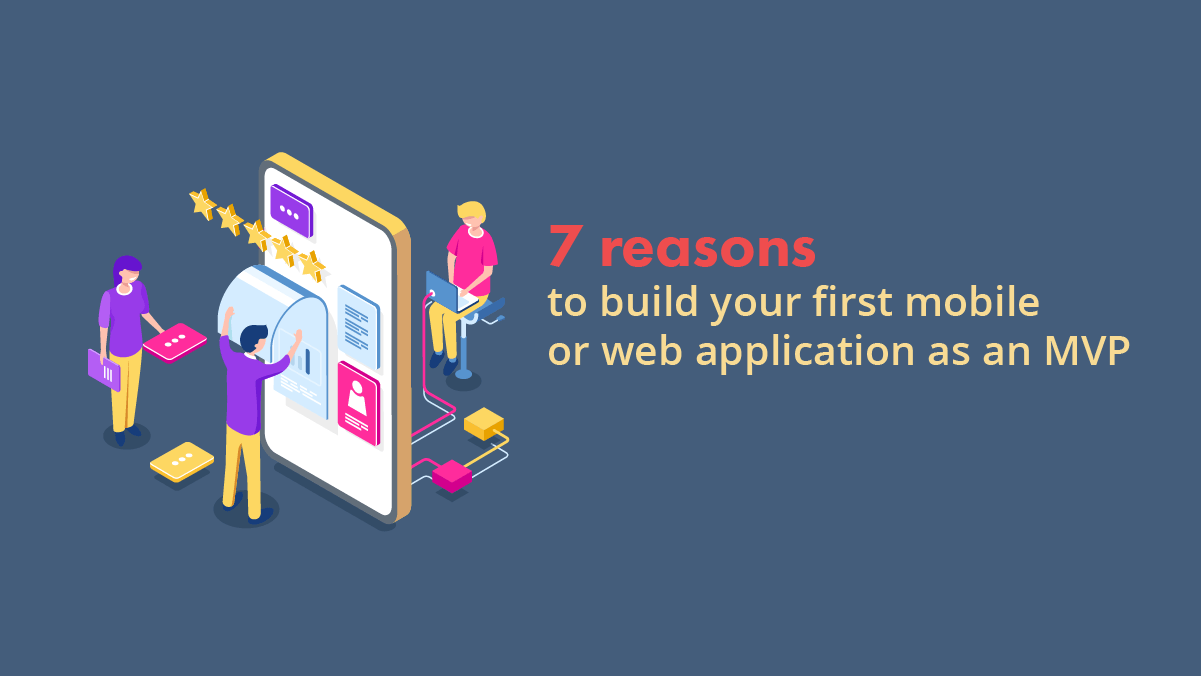 Building a digital product might seem like the next big thing, but this implies several things. A significant budget, an expert team to rely on and an already tested market. Every 3 seconds a startup is born globally (according to GEM national report). Hence, the competition is ludicrous. On top of that, only 10% of those unicorn ideas survive. That’s why going “all in” with a digital product might result in painful expenses without any recovery guarantee. This is why you first app as an MVP might actually make sense.

At EBS, we’ve seen it all. High-quality digital products that fail, as well as basic ideas that were disruptive enough to gain momentum. Fun fact about those: 80% were Minimum Viable Products (further as MVPs). Such products are usually capped under a 20K EUR budget and do not exceed 2-3 months in implementation. We’ve decided to elaborate a bit more on what you could gain when building an MVP.  This might be a better idea for kick-starting your service, or not. You decide.

Your first app as an MVP Step 1: Building more with less 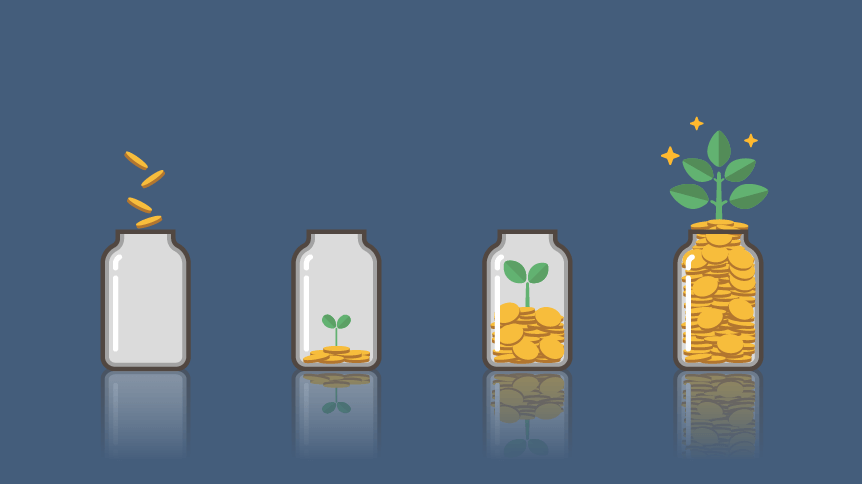 Money is like air for a startup. If you don’t have enough of them an MVP could be the best way if the belt is tightly fitted. Budgets for mature apps fall between 80 to 100K+f Euro while an MVP is set around 15 000 Euro per platform (Android/iOS or Web).

Going for a simplified version of an app will not only result in direct savings. A smaller service implies smaller teams (thus lower personnel budgets), fewer hardware resources and fewer maintenance efforts. Considering the indirect resource cuts, it will simply be easier for you to breathe and grow.

Your first app as an MVP Step 2: better UX planning 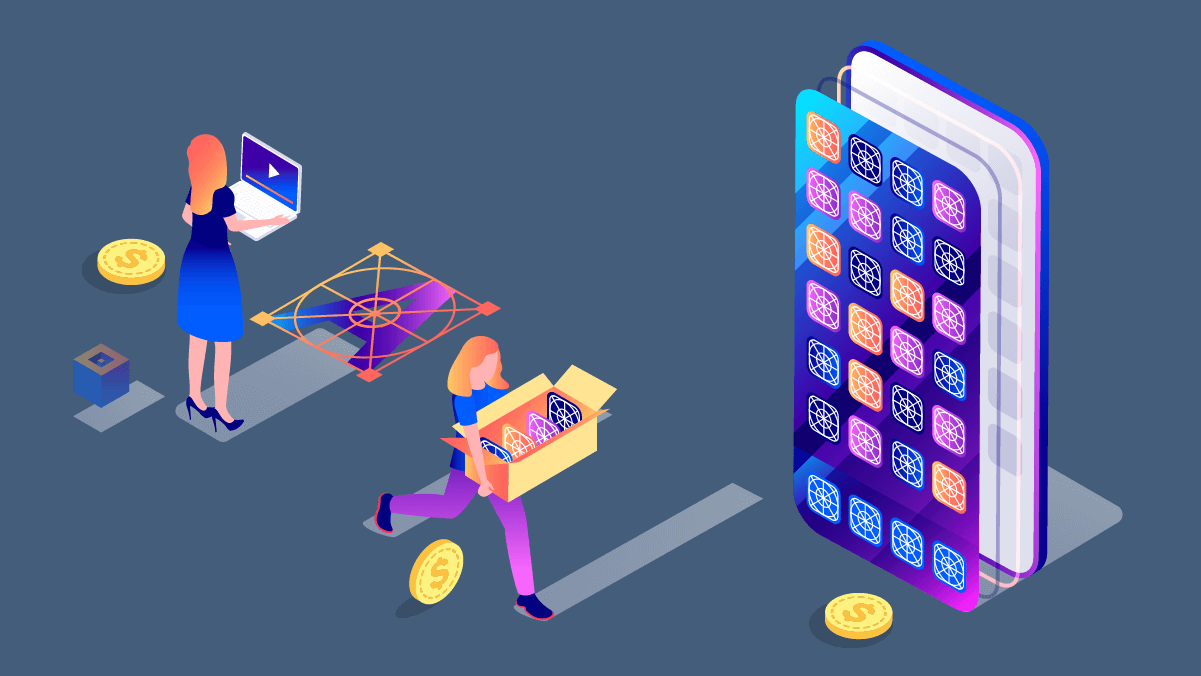 Almost any tech giant invests a fortune in focus groups, consultancy teams and other User Experience measures to make their product more intuitive for end-users. Despite their efforts, user interfaces aren’t always “on-spot” and a bad UX can lead to catastrophic consequences.

Remember Windows 8? Their focus group said “remove that start button”. So they did… That particular Operating System became one of their least popular versions. It was all Vista again because of a button…

The main difference between Microsoft and a startup is simple: they can afford it – startups do not. This is yet another reason why you should go with an MVP first. If the idea is disruptive enough, you’ll get constructive feedback that will most definitely be generated by qualified innovators, investors and/or early end-users. Such input enables building “on-demand” features, tuning stakeholder experience on the go and nurturing those early adopters everyone wants to reach. With all this data on hand, the UX will not only be cheaper but also more lucrative in the long run.

Your first app as an MVP Step 3: Erase clutter based on user-generated feedback 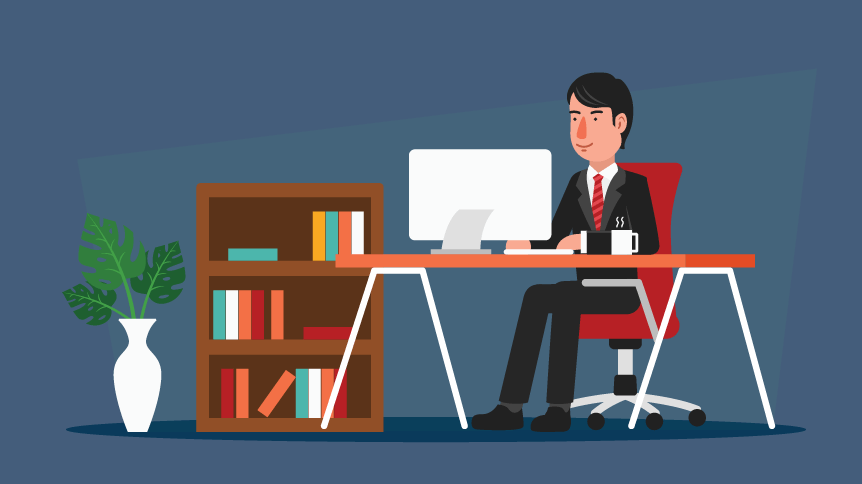 Generally, startups fail to design an MVP that relates 100% to their audience’s need. This is simply because they cannot afford the luxury of performing expensive and long-lasting market probes (which still can’t guarantee a “nailed it” result). That’s why MVPs are so popular – they simply help to filter the clutter leaving you with an essential set of features you should focus on. Since an MVP costs almost the same amount of money as an audience probe – it’s simply more rational to go with one instead of building an entire application that’s only 30% usable to your end-users.

Your first app as an MVP Step 4: Enable a clear road-map for next-level service

Let’s face it – when you have an idea there are way too many things happening at the same time. Building an MVP will bring more focus on the table, outlining features that matter or core demands of your target audience. Pair that with some qualified feedback collected after launching the MVP and you’ll know exactly what to do when to do it and probably how much it will it cost.

Planning based on a previous experience works in 50% of the cases – that is however better than a 10% survival rate. Consider the MVP as a measuring stick for your full-blown service launch – with all that experience behind, it is going to be easier to act, eliminating a painful process of second-guessing strategic actions.

Your first app as an MVP Step 5: Gain investor trust with facts over fiction 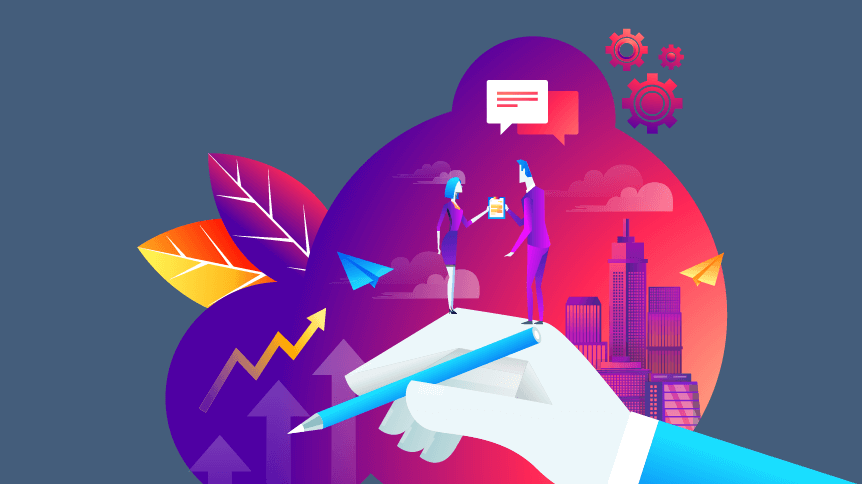 Unless founded by a multi-billion corporation, every startup needs investors. Pitching an actual prototype as compared to a raw idea leads to better conversion – that’s an inalienable truth. You can “shine bright like a diamond” but can’t screen value without professionally cut edges and something to show for on the carat scale.

An investor would be keener to support an idea backed by initial adoption figures, service performance rate and proof of usability. It is simply the shortest way from the Seed stage to a Series A financing – and we all know how important is to make that leap as fast as possible (especially in the IT environment). 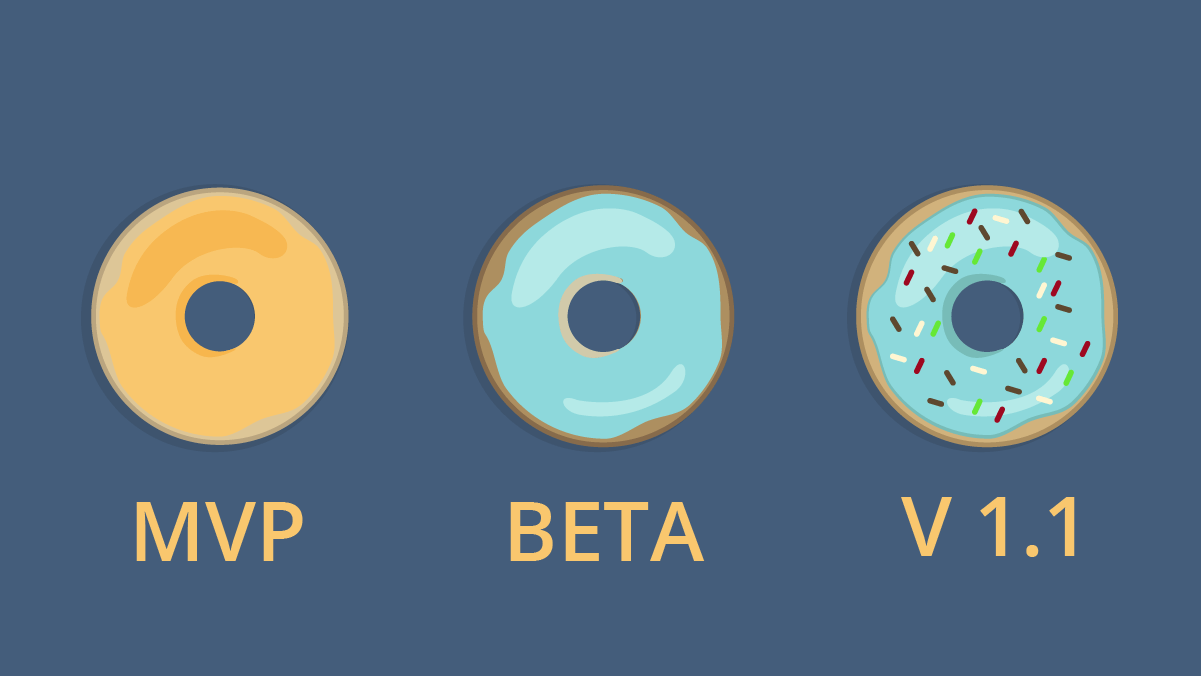 When building a mature product, startups can sometimes bite more than they can chew. This is because they strive to construct the best service focusing on building rather than keeping up with their market demand. The rise in technology enables fast development but also fast market saturation. By the time you’re done with your perfect product, someone else might have won your audience with a working, viable service.

Building an MVP will allow you to focus on your user’s need rather than complexities of a complete app. As soon as you have your market tested, you can plan your next release, based on the MVPs feedback. Once you have those priorities straight, you can build on the go, changing direction according to your audience flow – a requirement each Series A startup must follow. An MVP will simply allow you to steer your service in the right direction instead of delivering an app that got there too late.

If you still believe this is not a really big deal, consider that 42% of startups fail because they didn’t solve a market need, being way too busy developing their product, instead of synchronizing with their audience’s demand. The same phenomenon is valid for once-known giants like Yahoo, AOL, MySpace, Napster, Netscape or AltaVista – apparently, even the big ones fail when they miss their end-users pulse.

Your first app as an MVP Step 7. Enable Fast-Fails / Fast-Recoveries 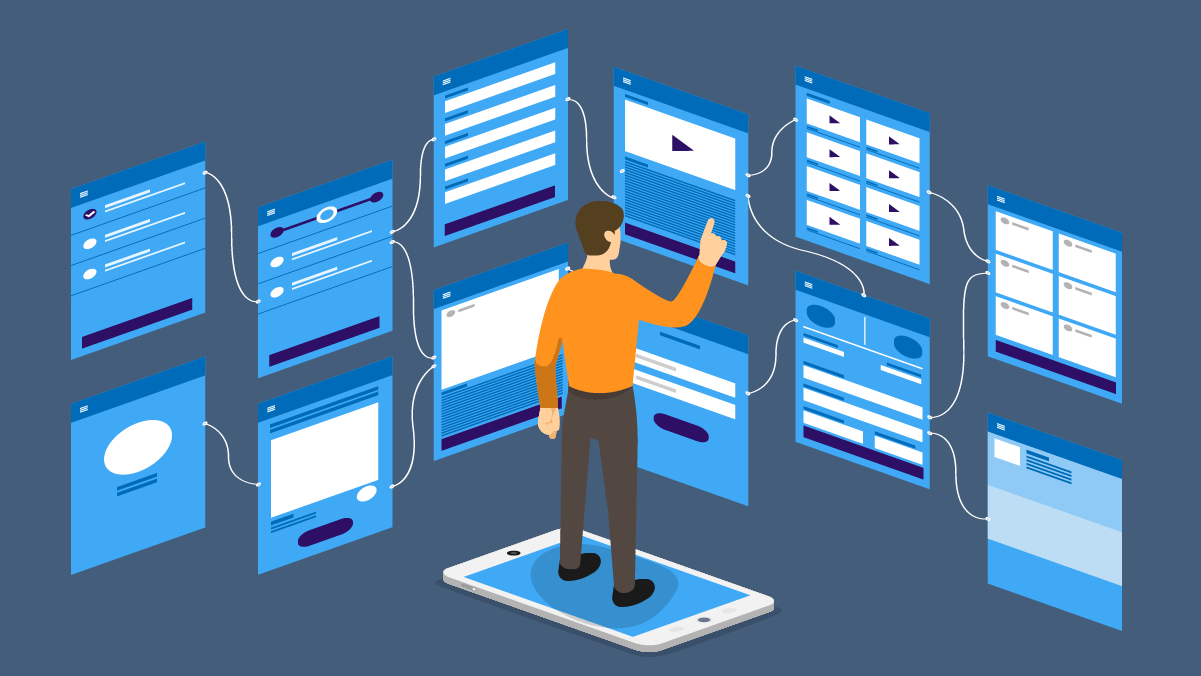 The arena of digital products it’s a bloodbath. Gaming rules change more often than you can adapt to and if one should have any chance at survival. It should learn to “fast-fail” and recover even faster. As I’ve probably mentioned already: it is really important to be there on time. Therefore, the speed of execution matters more than perfect production.

Building an MVP will allow you to “make it good”, ship it and improve the service on the go. Something near to impossible when focusing on a mature app with a limited budget. Of course, you could employ an experienced system architect that will design you a micro-service-oriented app… However, when you’re a Series A startup this will simply qualify as putting lipstick on a pig. The cost will simply be 10 times bigger than your available resources. With an MVP you could make some bulbs explode but you’ll avoid frying an entire power-plant.

“Does it pay off? After all, an MVP is still an incomplete product…”

It does – and it is most definitely not incomplete. Based on our expertise, if this is your first app, building an MVP is almost mandatory. The MVP is your “I want it fast, good and cheap!” version of a mature application but it must not be confused to UX prototype or a clickable demo.

And MVPs must deliver value, technical excellence and be “sexy enough” for your end-users. It simply must do the job it was designed for – I’ll repeat: “Make it good”. Otherwise, your idea can shift to that 90% startup graveyard in a jiffy.

At the end of the day, you decide – we’re just sharing a bit of our experience cake. As in my previous post, all these ideas are based on my own “meandering” experience. If you have anything to add, there’s a comment section right below and I’d be happy to hear your thoughts.