History of SEO, Marketing, and its Bright Future

Last time we spoke about Search Engine Optimization (SEO) in general, why it matters and the basics of what is important. This time we want to take a gander at what made SEO what it is, and where it’s headed in the future.

According to a 2019 study performed by the Pew Research Centre shows that 72% of Americans believe that nearly all their online activity is being tracked and collected by advertisements companies.

At least that is what Google used as their opening during the announcement on March 3rd, 2021, declaring that they, like their counterparts at Mozilla and Apple, are charting course to a more private and secure web and will be phasing out third-party cookies by the end of 2022. 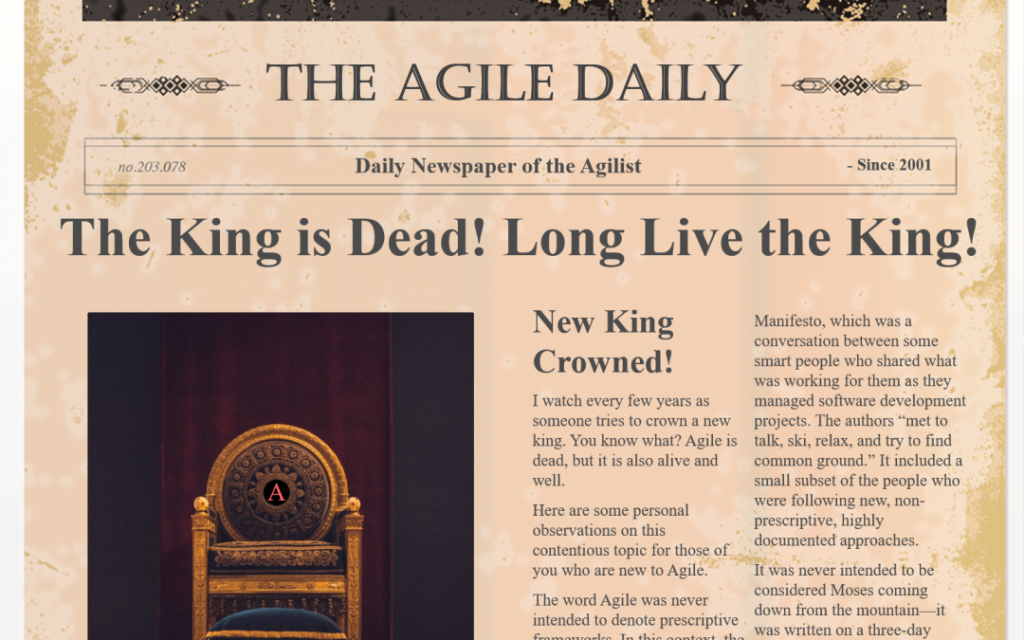 Even though this topic is incredibly difficult, it got us thinking that organic search results (and SEO) will cement themselves as the sole proprietor of lead generation and the de facto Marketing approach.

Of course not everything is as simple, advertisement companies are pushing back hard to stop this from happening, but more on that later.

Right now, let’s take a look how SEO became what it is today.

We’ll have to go back to the 90’s. Since we’re in this period, we might meet ourselves from another article where we go back into this era and observe the birth of DX.

Back on topic. There is some dispute as to the “original” birth of SEO.

Some claim that the birth of the first website, created by Tim Berners-Lee that went live in 1991, and a few hundred more, instantly necessitated cohesion and structure. Thus, with the birth of first iterations of search engines, we can also claim the birth of SEO.

Others claim that the official birth of SEO would be February 1997 with John Audette and Multimedia Marketing Group (MMG) is recognized with the first traceable use of the word.

At this time, we see the birth of many pioneers in this industry, who currently are mostly meeting in pubs or other such places to “share” their findings, and early methods of manipulating internet traffic.

Whatever it might be, by 1997 a dozen or so search engines, each based on different concepts and approaches, dominated the World Wide Web.

We have Excite, Yahoo, WebCrawler, Lycos, InfoSeek, AltaVista, Inktomi, Ask Jeeves, BackRub and other. Notice something missing? Google is absent.

That is because one of these companies would eventually become Google. (Tip: It’s not Yahoo)

In fact, it’s the end of 1997 that they would register the domain and officially be “founded” in 1998. The company is BackRub created by Larry Page and Sergey Brin.

Forbes named both among the top 10 most powerful people in the world.

In these times most of the practices we now know as “black hat” SEO are seeing use. There was so much choice on the market with what search engine to use and the algorithms so simple that the only optimization you could do was:

If you wanted to guarantee your number one spot in these times you had to repeat your keyword as much as possible, at nauseum.

Now days we know this as Keyword Stuffing, and its heavily discouraged by Google. But back then if you wanted to outrank a search result with 100 keywords, just use 150 keywords! 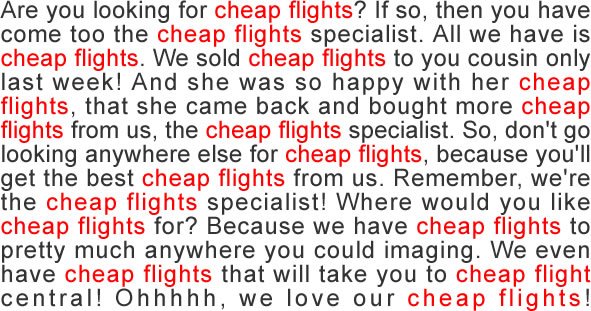 Pretty much every top result in 1997

In the same decade, an engineer at Netscape, one Lou Montulli among his other achievements like “blink element”, server push and client pull also creates the HTTP Cookie.

In 1994, Lou was trying to solve a pressing matter – websites had Alzheimer’s. Each time a user changed pages within the same domain, the website would “introduce” itself again, there was no concept of a session.

Mr. Montulli writes on his blog about this period and how they achieved the results but in short.

Montulli circa 1992 / You wish you were this dapper

The team at Netscape had a tough nut to crack and one of the proposed solutions was implementing a permanent unique identifier to the user’s browser, which in turn would flash it each time it visited the website.

Hilariously, the team refused this option on the grounds that it would allow third parties the ability to track the user’s browser history…

Instead, they created a simple text file that would be sent between the user and the website, allowing the creation of a session, this is a HTTP cookie.

In 1996 while Netscape is fighting a losing browser war with Microsoft, Lou and his team notice that their “private” cookie system was hacked by advertisers and used to custom build ads.

Many accredit the now absorbed (By Google) company DoubleClick as the culprit and “inventor” of cookie’s use in targeted advertisements.

Currently E-commerce is just getting on its feet and most if not, all web’s revenue is coming exclusively from advertisements. And when faced with the option of destroying their creation or trying a more nuanced approach, the choice was obvious.

They began implementing ways of giving the user options of controlling or outright disabling cookies on their browser.

The 20th century rolls around.

Yahoo is enjoying its position as the most valuable company in the world with its share price hitting an all-time high. The Dot-Com bubble is about to burst, but before that, Yahoo in its infinite wisdom signs an agreement with then a relatively unknown company Google.

You see, Google has this nifty idea of calculating the rough quality of search results by measuring the number of inbound links.

Basing their logic on “A more important website is likely to receive more links from other websites, hence its more valuable to the user”.

Revolutionary I know, but in the early days of search engines it was unheard of.

But this jumpstarted the mad dash of every SEO specialist to “buy” or acquire by any means as many links as possible.

Every search result now has the “Powered by” and Google quickly becomes a household name. Yahoo inadvertently introduced its main competitor into the world.

The next decade would see Google adopt and absorb many companies and technologies from AdSense, Blogger.com to YouTube and many other; they also introduce many tools like Google Analytics and Google Webmaster Tools.

This would lead them to create their growing monopoly in Search Engines and SEO matters, dictating these worlds as they pleased.

They would also completely absorb DoubleClick and many other advertisements firms, essentially building their advertisement empire as well, creating a whole bunch of problems they will have to fix down the road.

Search Engine Marketing (or SEM) was an attempt to replace the term SEO and encompass all paid and non-paid initiatives, coined by Danny Sullivan in the early 2001.

Though the attempt ultimately failed, SEM still lives as the term defining internet and search marketing via paid advertisements. Pay-per-click (PPC) and Cost-per-impression (CPM) are branches of Search Engine Marketing.

SEO is the technique of optimizing content and websites for search engines.

Whereas SEM uses previously gathered data to optimize their ads with.

And as many of you might know, the data gathering cookies are key component of any online advertisement now days.

We’ve already mentioned that as of 2021 paid ads only cover 15% of click through rates, with the number slowly but surely going lower. But with recent developments, we predict this will be even more drastic.

The first real sign of beginning of the end was in 2018 when the EU passed the General Data Protection Regulation (GDPR) imposing obligations onto organizations anywhere collecting personal data related to people of EU.

The road to it was long, arduous, and buried in legal disputes and battles between companies, governments and other. We won’t go into that.

But as we’ve discussed, this affects our cookies as well, one of the core obligations is clear and unambiguous consent must be freely given. 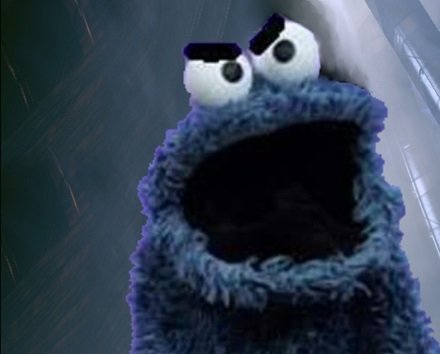 And with recent growing backlash against data collection, advertisement firms and support for data privacy, It’s a no brainer that even tech giants like Apple jump on the wagon to promote themselves as a “privacy-first” company.

So, it was not surprising that Google finally announced their intention to move away from third-party cookies by 2022.

Of course, at the time of drafting this article google announced their delay to 2023 with this move, as UK regulators from the Competition and Markets Authority (CMA) rework and agree on a replacement “solution”.

Essentially Advertisement companies are doing their best to not lose a valuable commodity as everyone’s personal data.

We are all currently reside at a turning point, and the decisions made in the year will decide the future and possible carving up of the 336$ billion digital advertising industry.

Is it the end of the big brother?

No. Don’t be preposterous! 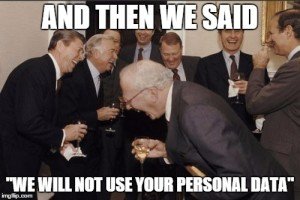 Google is currently stuck between a rock and a hard place, there’s no need to shed tears over them, but there’s little to be envious about as well.

As the company dominates the advertisement, search, and browser industry, it comes to it to produce a solution.

Either they cut off third-party tracking, harming massively other advertising companies, increasing their dominance but also painting a target on their back for government representatives and their “monopoly”.

Or they don’t and come under heavy fire for not protecting their user’s privacy.

No matter whichever they go, they’re heading into a firestorm of legal disputes with anyone who has any stake in the web.

This balancing act they have right now is named “Privacy Sandbox” and it has many interesting ideas.

Experts in the field point out the three most viable solutions. These solutions are much more complex than what we present them as.

The FLoC model: Google’s “Federated Learning of Cohorts”, is a premise where browsers track user habits, stores this data locally and segments them into similar groups with similar interests. Then upon visiting a website, the browser sends this data to tell which interests they have, thus tailoring the ads this way.

First-Party Tracking: Advertisers and publishers themselves will collect data about their audience’s interests and habits. Then possibly form alliances or joint databases on similar market segments.

This can be done with a variety of ways, simplest of being basic email address sharing between these companies and creating a detailed customer file for even better tailored advertisements.

Tied to individual email addresses, which would be hidden from advertisers themselves. This is the closest system to the current third party dominated one with hardly anything changing for AdTech companies, but its possibly the most annoying one for users.

Hence most unlikely to stick. As we’ve mentioned before, chief customer pain is convenience, or lack thereof. Having to introduce your email every single time you visit a random website, or constantly fidgeting with their privacy settings is just something people are unlikely to do.

This in turn leads to the core principle – Valuable content matters, Organic Search is King.

In the potential future, the only way to develop new leads might be by supplying actual good service and value to the customer.